RockFall was great again, lots of good climbing! I am experimenting with Picasa web albums as a way of showing the images. So here it is... 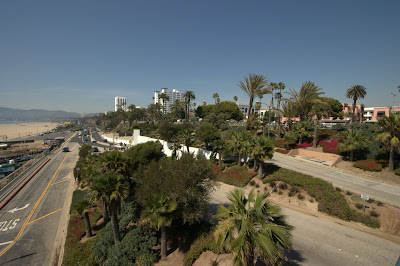 Yesterday I returned from LA where I had attended a two day Ground Probing RADAR workshop. After dropping my gear at the airport I decided to have a look around the city, but it is a big place, so I decided to go the the beach and at least have a look at the Pacific ocean. I hopped in a cab and asked the driver to take me to a beach. He recommended Santa Monica, perhaps because it is nice, or perhaps because it was a $45.00 ride away. As beaches go it was quite nice, a bit like Bournemouth beach, but with more palm trees. This photo doesn't really show the beach all that well. After visiting the beach I had a walk around Santa Monica, before getting the bus back to LAX, the bus was only $0.75 quite a deal!